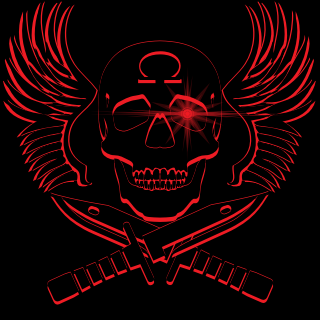 Omega is always searching for new players so feel free to join!
If you like us, and you want to participate in our platoon, just add us with a simple click on''APPLY'' !
Remember when you join our platoon dont forget to use the MEGA tag so that other player(s) can see that you belong to OMEGA! When we accept you, go to our platoon, and under the logo "Click" Use Emblem and Tag Button to activate it correctly.

The capital letter Ω is the unit ohm also known as Omega and as the last letter of the Greek alphabet, Omega is often used to denote the last, the end, or the ultimate limit of a set.

Our slogan is: "Aut viam inveniam, aut faciam" it means "i'll either find a way or make one"

We are a platoon of Dutch and many more nationalities.

We play for the love of the game and the stupidity of epic proportions and comeradeship that comes with a platoon like the Omega and from a game like BattleField .

and ahemmm...... this is the most serious thing we can say for now.

Expect the best and be prepared for the worst, Fuck what others think!, and do your own thing and have fun....!!!

Voilà! In view, a humble vaudevillian veteran cast vicariously as both victim and villain by the vicissitudes of Fate. This visage, no mere veneer of vanity, is a vestige of the vox populi, now vacant, vanished. However, this valourous visitation of a bygone vexation stands vivified and has vowed to vanquish these venal and virulent vermin vanguarding vice and vouchsafing the violently vicious and voracious violation of volition! The only verdict is vengeance; a vendetta held as a votive, not in vain, for the value and veracity of such shall one day vindicate the vigilant and the virtuous. Verily, this vichyssoise of verbiage veers most verbose,

Apply to join, your welcom.