Typically, a round in a Battlefield game is completely contained to that one match. You play, you win or lose, and then you move on to the next round. That all changes in Operations, a new game mode coming to Battlefield 1. In it, the outcome of the current round carries over to the next map, giving you the opportunity to fight a sequence of inter-connected battles.

Operations offer epic journeys across several maps based upon real battles of World War I. We wanted to offer a large and epic experience with a focus on teamplay and frontline combat. Adding this meta-layer to the game mode, and stretching it across multiple interesting locations that both look and play very differently, adds a whole new layer of scale and variety to the battles in Battlefield 1. Your team can win on one map, proceed to the next map, and actually see the map you previously fought over on the horizon.

As an attacker you’ll hear the commanding officer’s whistle as the order to charge the enemy trench is given. You’ll run side-by-side with your teammates as you storm towards the enemy defensive positions on foot, in tanks, airplanes, boats, and on horseback. As a defender, you’ll dig down as you hear the alarm go off signaling an incoming attack. You’ll man the stationary machine-guns and cannons to aid you as you rain hell on the advancing enemy attackers. 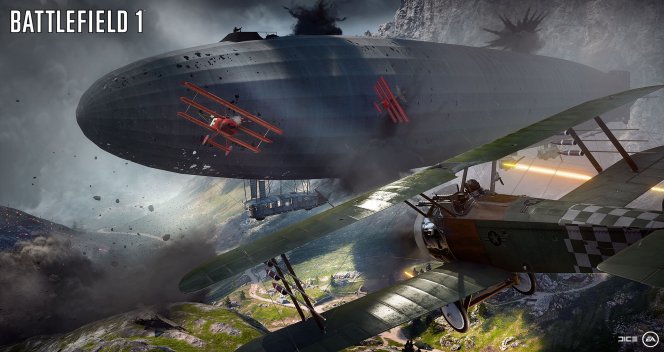 The attackers must capture and hold all defensive positions in order to capture the sector that is being fought over. Once this is done, the defenders will fall back to the next sector and regroup. The pacing and variety between the different sectors vary widely, since each sector offers a different amount of objectives to capture and defend as well as varied layouts and choke points.

The attackers must take territory and push the frontline forward, while the defenders are trying to hold the line. Should the defenders fail to hold their ground on a map, the Operation doesn’t stop here: they will fall back and regroup on a different map, while the attackers will continue to push. Sectors may fall, but players reinforced by gigantic Behemoths can still turn the tide. 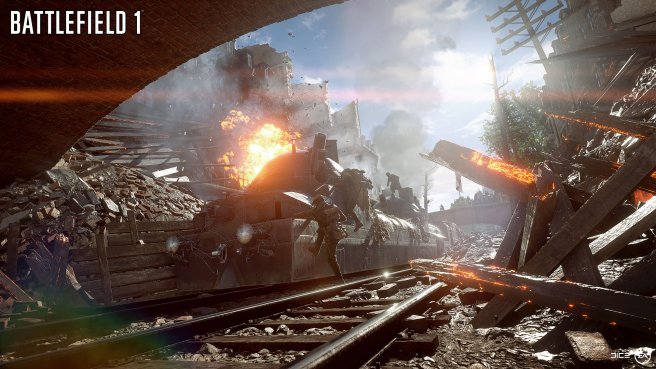 We wanted to create a Battlefield experience that was not just bite-sized, but actually spanned beyond an hour of playtime. Something epic and compelling for players who wanted a chance to immerse themselves in this first global war, and capture the stories of how different battles were deeply connected to one another. This kind of frontline combat really captures the essence of WWI clashes, intimate and deeply rooted in breaking through or holding ground.