The Community Map Project has now reached the end of the Concept phase! We’d like to thank everyone who has influenced, voted, and spent time on this project so far.

Going into the Production phase, we will be updating this map regularly based on your feedback and how the map plays on the Battlefield 4 Community Test Environment (“CTE”). This is something that normally happens internally through lots and lots of playtests – and now you are part of this process! 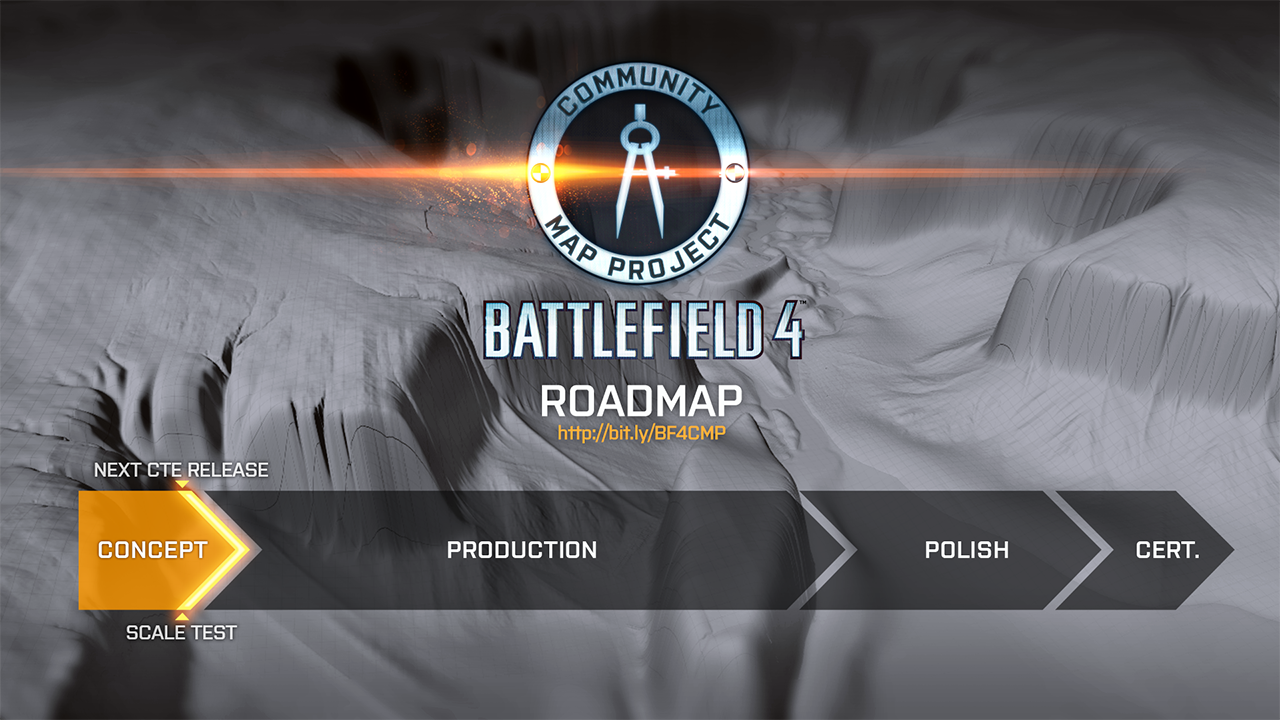 Community Map Project Roadmap – at the end of the concept phase, and going into production.

With your help, we have nailed down the Concept. The clear winner in the recent community poll was Concept C (check out the image below for the design). You can see the full poll results here: Open poll results 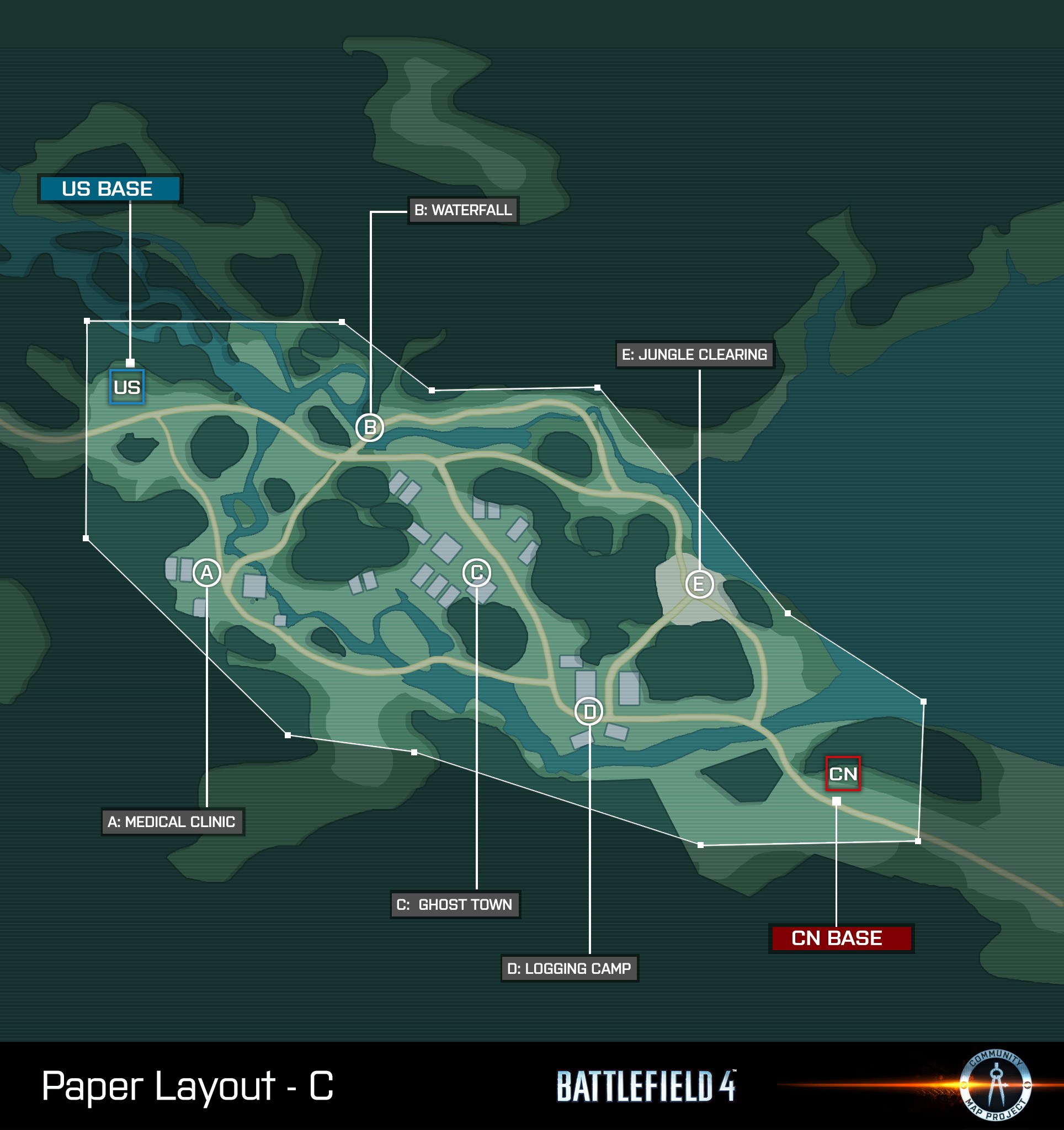 We’ve recently released the first playable version of the map on the CTE – as a scale test.

A scale test is the very first version of the map where we normally have the first playtest internally as a game team to test the Conquest map size, distances, and rough flag layout.

We will keep the map very sparse and basic to modify and iterate on – only keeping the bare necessities to be able to judge scale. The hope is to be able to quickly lock the scale so we can start adding details – mold & shape the map for our target gameplay.

In this initial release many objects and the terrain itself will be “gray-boxed”, meaning that we’ve replaced the textures of objects and terrain with a gray grid texture.

What feedback are we looking for?

In a scale test we are looking for feedback on scale and general map layout issues:

We are not yet looking for feedback on things like the art (objects, structures, look of terrain, sky, lighting etc.), destruction, glitches, exploits, vehicle setup, cover, sightlines and the like. Everything in the map is subject to change and you will have ample time to feedback on those issues during production.

If you’ve got feedback, we’d love to hear it. Head to the CTE Forums and tell us what you think.

Building a map with the community

Normally when building a map, we do this kind of testing through internal playtests and reviews. The plan for this project is to try and emulate this process, with the community providing detailed feedback and getting access to early builds of the map.

This prospect makes us both excited and anxious as we realize this first version will not yet look or play well, but we hope you can see past all that and help us push the map towards something truly glorious in the end!

In the upcoming production phase we will publish new versions of the map at regular intervals on the CTE – each release focused around something specific (like Scale in this release).

With this project, we are opening up at the earliest stage of map creation we possibly can to show what the process looks like and to enable you to make your ideas heard along the way. We’ve never done this before (we think this is the first time it’s been done anywhere!), which means we will learn a lot along the way on how to reach the very best results.

We will try to be as open as possible during all steps of the development process – and hope you’ll tag along for the full ride!

For more up-to-date information about the status of the project, visit our Reddit wiki page and, of course, the CTE Battlelog news blog.