The epic conclusion is imminent. Battlefield 4 Final Stand, featuring 4 all-new arctic maps packed with futuristic military hardware, will be available on November 18 for Battlefield 4 Premium members. And we’ve got a lot in stock for those who’ll join the fight among the snowy Russian landscapes…

We’ve worked hard to ensure you’ll have a blast with the new weapons, gadgets, and vehicles featured in Final Stand. You’ll traverse the environments with the new Snowmobile and use the strafing abilities of the new Hovertank. High-tech prototype weapons like the devastating railgun Rorsch MK-1 should also give an itch to your trigger finger. 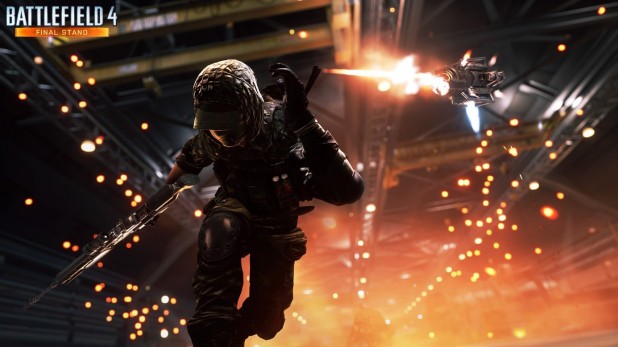 The all-new maps include the Siberian, blizzard-ridden Operation Whiteout – and the thrilling Hammerhead which lets you fight around a submarine base. Take a good peek at the hi-tech gadgets in the military installation of Hangar 21, and the vast Giants of Karelia, set around a weapons factory.