In Battlefield Hardline™: Criminal Activity, we wanted to hook players up with new tools to take down their foes. We heard the community loud and clear that they want more weapons and it was always our plan to deliver more as part of Battlefield Hardline Premium. 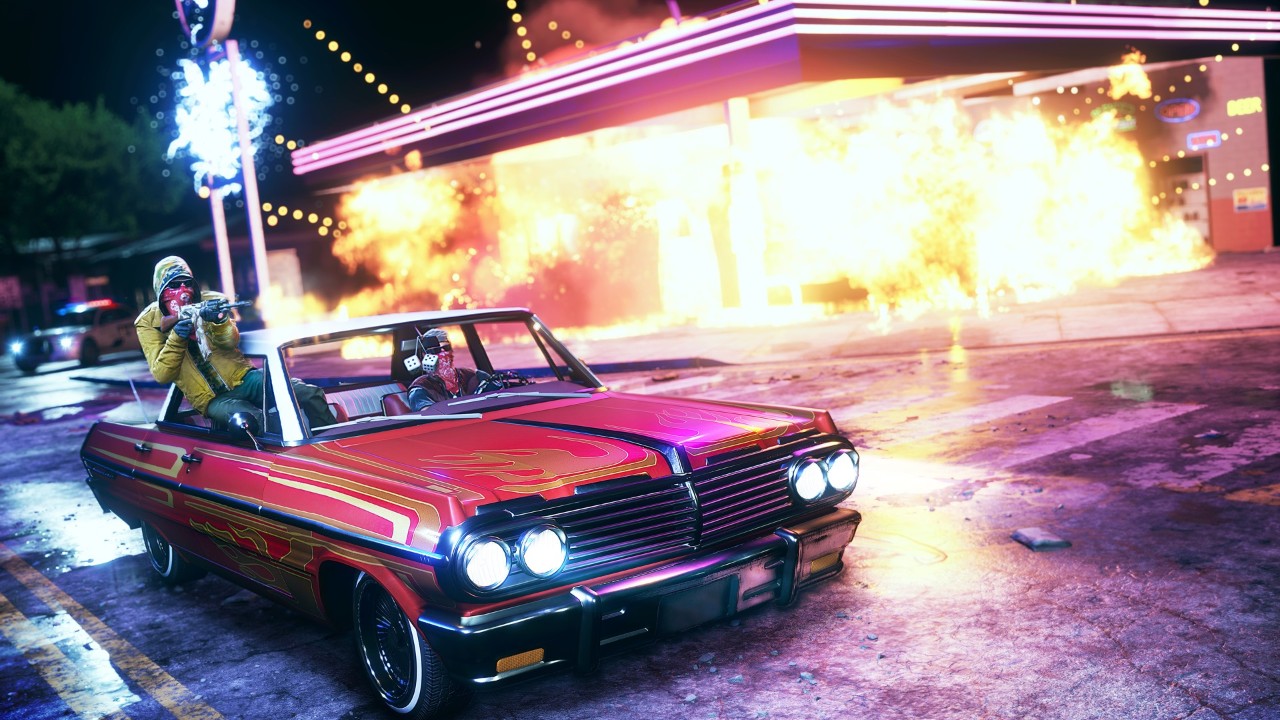 We are approaching each of four expansion packs in different ways as they are story-themed and the maps, mode, weapons and combat have to fit into that play style. With Battlefield Hardline: Criminal Activity, the theme is fast-paced, infantry combat as the cops and criminals are fighting for or preventing small time crime jobs. This also means weapons and attachments suited for close quarters. And what better way to do that than outfitting the Enforcer class with a new shotgun and two more rifles. If that’s not enough, add two new weapon attachments, which will soon become your best friend.

This is a new weapon for the cops on the Enforcer class. This futuristic shotgun is using cutting edge technology to dispense justice to the criminals. It can hold 14 rounds of 2 ¾” 12 gauge buckshot. Clearing criminals out in Black Friday or on The Beat makes this shotgun is right at home. While sneaking up on those criminals you might want the option for more range. This shotgun can use slugs as well as the new Breaching Rounds. These options make this shotgun very versatile. If you want to stay and fight in close quarters the Breaching Rounds will be your friend. They can also easily disable doors trapped with Sabotage or a Trip Mine. Got a pesky criminal setting traps on doors inside Code Blue? Before you open that sabotaged door to get the heist bag shoot it with the Breaching Rounds. Then you can safely enter the door grab the bag and dance in the club. Breaching Rounds paired will solve that problem.

A new Battle Rifle is coming for the criminal faction on the Enforcer class with an iconic profile and look. The wooden furniture on this weapon gives it a classic look, but it has a modern and lethal function. It fires 7.62MM X 51MM rounds. This gives it amazing stopping power and range. This rifle is also very effective in mid-to-long range combat. It has a variety of options to choose from like AP Tracer Rounds, an upgraded stock, extended magazine, and more. While most effective at mid-to-long range, this rifle can still be very effective in close quarters if you can control the heavy recoil. Try switching to semi-auto mode with a mid-range scope and exploit the range of this rifle. This classic Battle Rifle can be very deadly in the right criminal’s hands and can dominate the courtyards in Black Friday or clear the Backwoods of cops if used correctly. This rifle could even become known as the Right Arm of the Criminal Underworld, instilling fear into anyone willing to get in between a criminal and their score.

How about a new Assault Rifle for the police faction of the Enforcer class, you say? This Assault Rifle has a unique look that is magnified by its keg style charging handle. The rate of fire is slower than some battle rifles, but that makes it easier to control. It also has less recoil then some of the other battle rifles. It fires 7.62MM X 51MM and makes it very effective at mid-to-long ranges. The cops will be stopping criminal activity from afar in Backwoods with the aid of this new weapon. The unique magazine gives this rifle twenty four rounds and a total capacity of twenty five rounds when a tactical reload is performed, giving it an advantage over the other battle rifles. The low rate of fire combined with the lower recoil makes this weapon a very controllable and deadly weapon. Don’t be afraid to use it on Code Blue or The Beat. Equip it with Armor Piercing Tracer Rounds to stop those criminals with body armor. This Assault Rifle will have the boys in blue making the criminals sing the blues.

The Armor Piercing Tracer Rounds are available for Assault Rifles, Battle Rifles, and the designated marksman rifles. Cops and criminals both have access to these munitions. Armored Piercing rounds are capable of dealing greater damage to armored targets. They also have a highly visible tracer that helps the user track the round as well as making them more visible to the enemy. These rounds are very effective against body armor as well as increasing damage vs armored vehicles. Find yourself constantly loosing fights to someone with armored insert? Equip the AP Tracer Rounds and even the odds.

The Breaching Rounds are a short range explosive 12-guage round that is designed to open doors. These rounds can be used to safely open a door that has been sabotaged. They are also effective in close quarter combat. Whether you are a Cop or a Criminal you will be able to equip these rounds in your shotgun. The use has to manually switch to the breaching round. This allows for the use of standard buckshot when the breaching round is not in the weapons chamber. If you find yourself unsure if a door is sabotaged, open it with the Breaching Rounds. You may also give your enemy an explosive demise by getting close and unleashing the power of the Breaching Rounds.

In addition to the three new Enforcer class weapons, we’re also adding a new Battle Pick-up for both sides and all classes to use. Silence your foes with the new Nail Gun. 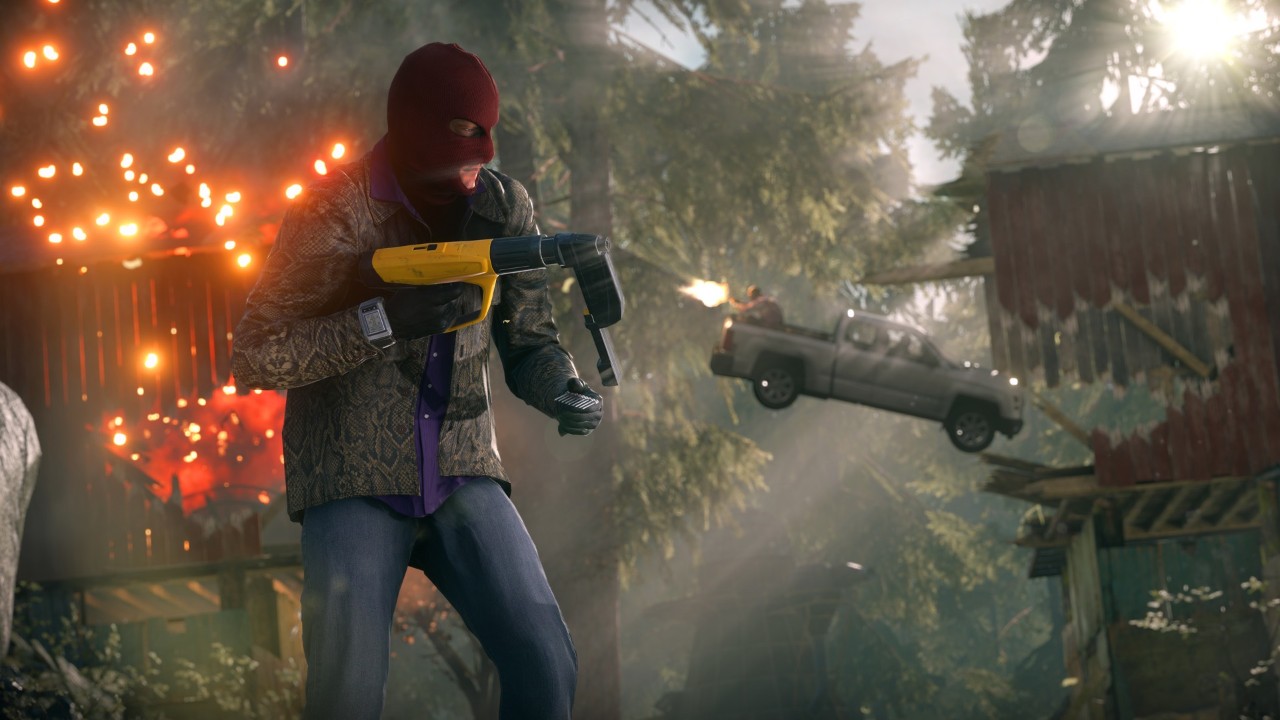 There are times when a weapon has to be improvised. The Nail Gun is a great example of this. It doesn’t use conventional ammo or have any optics, but it can get the job done. It has a 10 nail capacity and has a total of 4 mags. Look for this Nail Gun scattered around the maps in Battlefield Hardline: Criminal Activity. This weapon fires nails with the aid of a .27 caliber cartridge. The Nail Gun is effective and deadly in close quarters. This weapon is capable of killing a foe with one shot to the head. It doesn’t make much noise so you won’t show up on the mini map when firing. With only a .27 caliber cartridge the nails don’t go far and fall fast. However when you get close you can put your enemy down quickly.

And finally, we got new rides for you in Battlefield Hardline: Criminal Activity. Two new ones to be exact so that you and your crew can cruise down the streets as a click.

The Lowrider is a new sedan-class transport vehicle designed with mid-60s flair. Available for the criminal faction, it is fully customizable and comes outfitted with all the bells and whistles already acquired on the sports sedan. Cruise down the streets along with three passengers who can move up and sit against the door, making this ride an impressive combination of style and firepower. Equipped with a two-tone leather interior, custom musical horn and a hydraulic suspension controlled by the driver, the Lowrider puts a fresh new spin on the traditional workhorse transport vehicle.

The Pick-up Truck is a new civilian transport vehicle found in Backwoods. Designed originally as a work tool, the open cargo area of this heavy-duty passenger vehicle makes it ideal to carry your squad around the hazardous dirt roads. The enclosed cab seats two and the front passenger can move up and sit on the door to get a better attack angle. Two passengers can sit on the low sides of the truck bed and aim all around the vehicle. An additional passenger can crouch behind the tailgate and cover the rear of the vehicle against chasing foes making the Pick-up Truck deadly when full.

Last, but definitely not least we’re giving everyone a free new submachine gun as a token of appreciation for all our fans. This gun is separate from Battlefield Hardline: Criminal Activity, but will be made available with the gameplay patch that is released at the same time the pack goes live.

The new Submachine Gun is a throwback. This classic design can be used by the cops or criminals.  It can also be used on any class. The slow rate of fire makes it easy to control and keep your rounds on target. However there are limited options for customization on this weapon. You can put a grip and extended magazine on it and that’s it. Expect the streets to be filled with .45 Caliber slugs from this historical SMG.