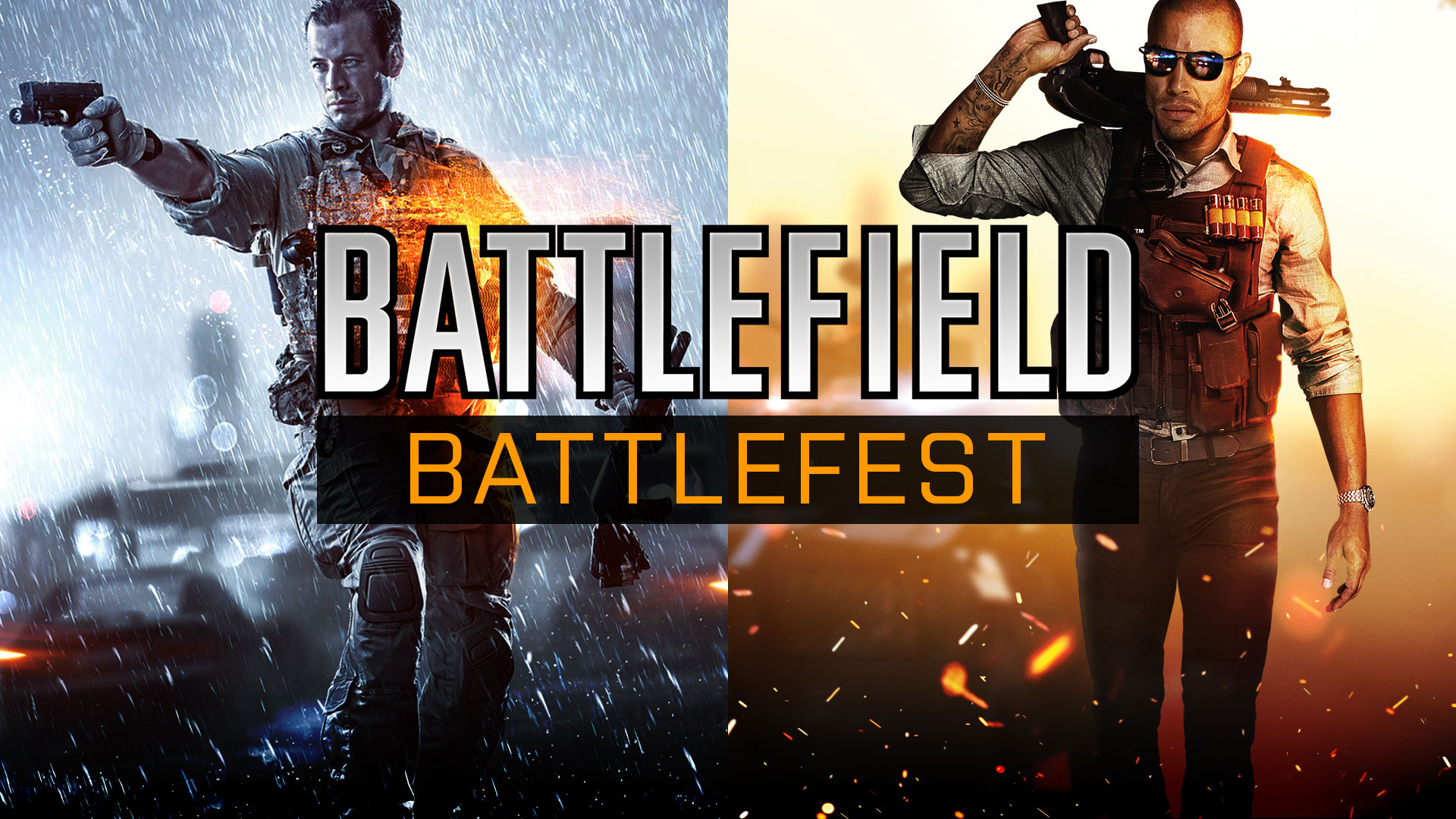 It’s time for a new season of Battlefest, our celebration of the Battlefield community.  Battlefield™ Hardline players are getting a suite of sweet events to participate in.

Check out the calendar below to see what we’ve got in store for you during Battlefest Season 4.

Gold Battlepack Giveaway #1: To celebrate the launch of the fourth season of Battlefest, we’re hooking up each Battlefield Hardline player who logs in starting September 1 9:00AM PT until September 30 9:00AM PT with one Gold Battlepack.

Game with Devs: Battlefield Hardline: Play alongside (or against) Visceral developers for your chance to win swag. Take down a dev and you can nab exclusive in-game patches that they’ll be wearing.

Community Missions: Throughout the latter part of Battlefest Season 4, Battlefield Hardline players will be able to jump into a couple of Community Missions. You’ll be asked to use your zipline as a weapon and strut your stuff in nighttime maps – all for bad-ass in-game rewards.

*THIS OFFER IS BEING ISSUED TO YOU FOR PROMOTIONAL PURPOSES ONLY AND DOES NOT CONSTITUTE A CREDIT, CHARGE, DEBIT OR GIFT CARD. BATTLEFEST 4 IS FROM SEPTEMBER 1, 2015 AT 9AM PT THROUGH SEPTEMBER 30, 2015 AT 2AM PT. PARTICIPATION AND ACCESS TO IN-GAME CONTENT REQUIRE EITHER BATTLEFIELD 4 OR BATTLEFIELD HARDLINE ON APPLICABLE PLATFORM, ORIGIN ACCOUNT, INTERNET CONNECTION, AND (FOR CONSOLE PLAYERS) AN XBOX LIVE GOLD OR SONY ENTERTAINMENT ACCOUNT.

Battlefield 1 They Shall Not Pass: Early Access Is Coming
2 years ago