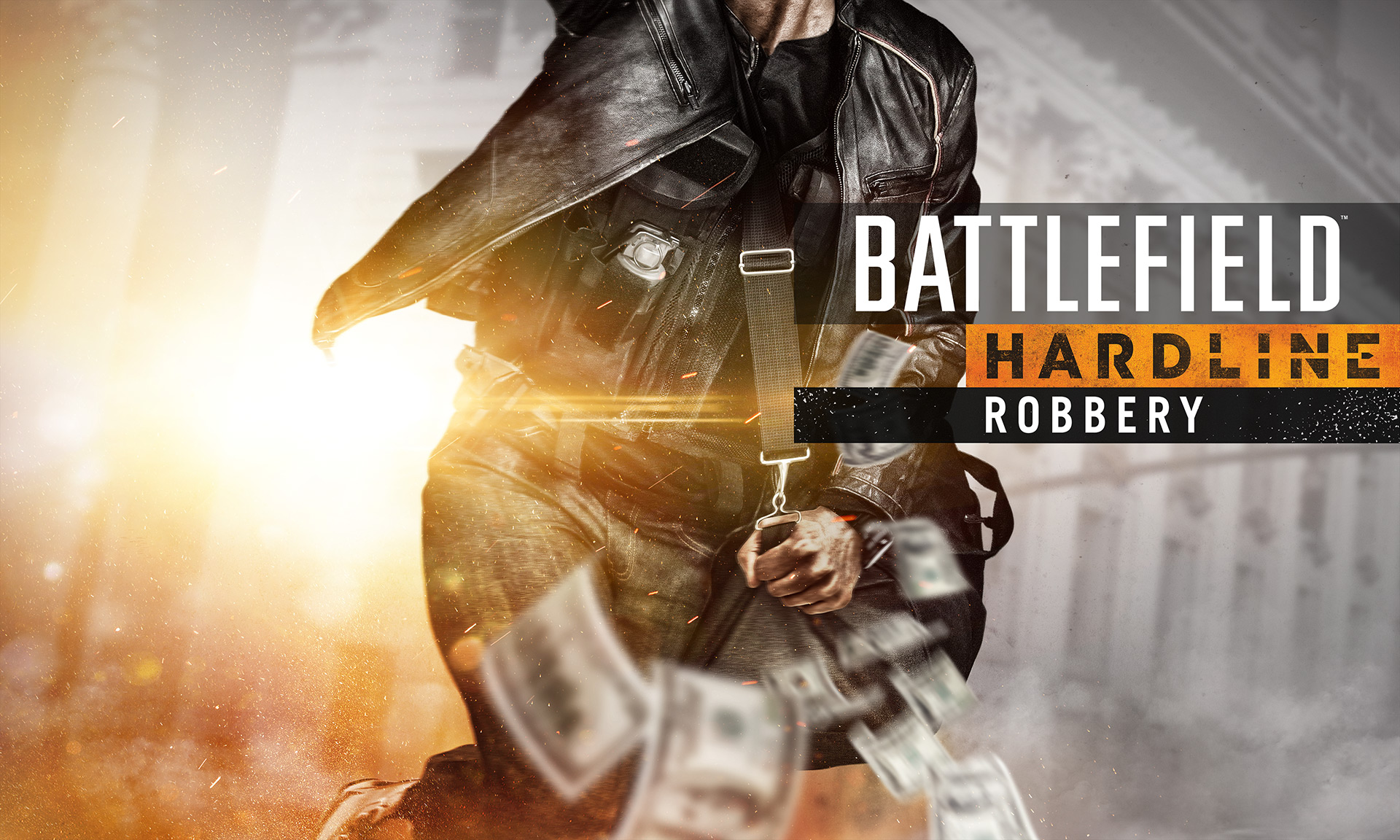 The theme of this pack is the Big Score: how to steal it, or how to stop it. The new maps and game mode in Battlefield Hardline: Robbery are designed to let criminal teams plan and execute the perfect heist; or, for law enforcement, to get the crooks in cuffs before they can pull it off.

Whether it’s boosting jewels, double-crossing an international smuggling ring, or extracting a high-value piece of intel from a precinct locker room, teams on both sides of the law will have to pull together to make (or break) these epic heists.

We also want to talk a bit about Squad Heist, the new game mode coming in Battlefield Hardline: Robbery. Squad Heist feels refreshing and familiar. Built as an homage to the beloved Squad Rush in Battlefield 4, this mode combines the combat of Battlefield with the intimate fantasy of a classic heist. 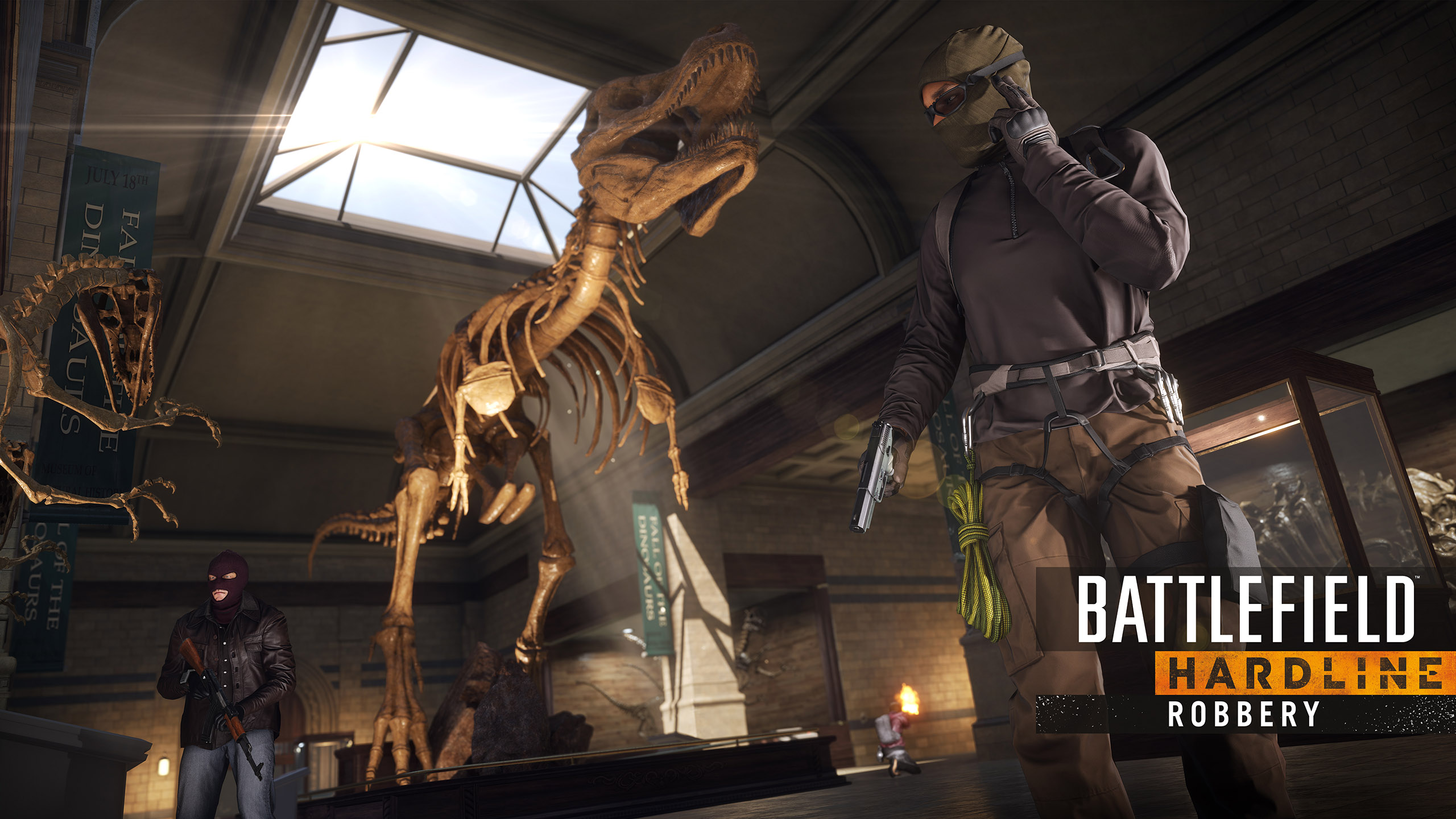 The mode has three distinct stages:

Obviously, this will all be themed to the map. You might have to take the Glass Cutter (Drill) and steal the Blue Diamond (Loot) from the Display Case (Vault) – but the basic idea stays the same. At each stage, criminals get 25 deploy tickets. If those tickets are all lost, the cops win the match.

Squad Heist was a blast to develop, and we think it goes well with the new gadgets, weapons, and maps in Battlefield™ Hardline: Robbery. Playing it every day, it really feels like we’ve found something special. We hope you agree and join us on the Battlefield!