UPDATE: The new server update has started rolling out

Our new server update has started rolling out for all formats. This update has a number of minor fixes, tweaks, and additions primarily aimed at increasing server and matchmaking stability. Read on for the full details. 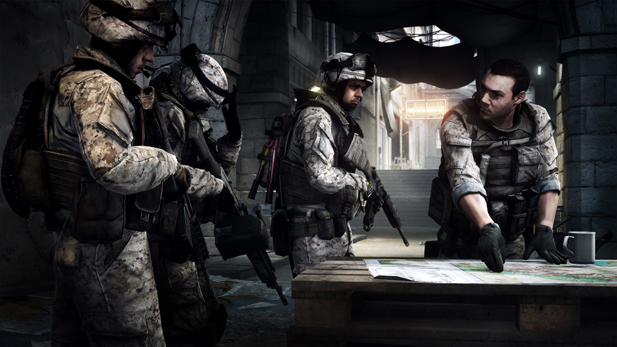 The new server update just started to roll out. It will take about 6 hours to complete on consoles and at least 24 hours before a large majority of PC servers have taken the new update.

Battlefield 3 Game Server R33 change list
1) (Server renters on PC only) The “rcon” server info command now reports external IP and port as well as information regarding whether the backend queue is enabled or not.

3) We now enforce a minimum player count of 4 on both PC and consoles (PC previously had no such limitation while console servers had 2 players as the limit) to be able to exit preround on Ranked servers. You will still be able to move around freely in preround, but the match doesn’t officially start (and thus no stats are affected) until at least 4 players have joined. This goes for both PC and console servers. This will make it harder to easily use Ranked servers as boosting servers.

4) “Hardcore no map” is now a proper preset on both the server side and backend. This means console users can now filter between hardcore servers with and/or without the “no map” setting.

5) We fixed a bug where server admins could exploit the system to effectively become immortal on his/her server.

6) We introduced a number of server stability improvements which should lead to less crashes throughout. Two specific crashes that we have eliminated are:
A) Servers running 9 or more maps that would crash when loading the 9th map
B) Servers running high player counts in combination with very high ticket count where end game reports would stall out the server

Let us know what you think about this update in the comments section below. Also, stay tuned for our big client patch in conjunction with the next expansion pack Battlefield 3: Aftermath.