Dragon Valley originally released with Battlefield 2, and it’s coming back to Battlefield for free* as part of Battlefield 4 Legacy Operations! Our goal for this map was to make an impressive, large vehicle map for Battlefield 4, but at the same time modernize the original when appropriate – and include the full spectrum of applicable game modes. We weren’t going for a perfect replica here, rather looking to mimic the gameplay from the original in a very different game. 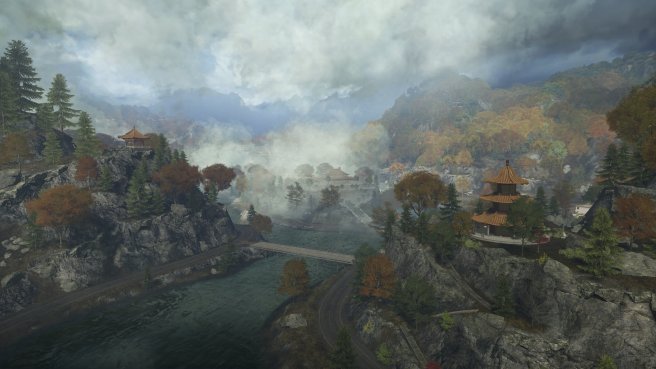 So, what are the differences when looking at the original map and the updated Dragon Valley 2015? One major difference is the scale of each major capture point. In general, each flag area has a much bigger and more detailed layout. The map also features more total flags than any other Battlefield 4 map, lowering the overall tempo of the map, and enabling a more dynamic Battlefield.

Verticality, Dragon Valley 2015 is also taller than the original with more mountainous terrain, and the airspace is covered by layers of clouds to hinder massive sightlines. 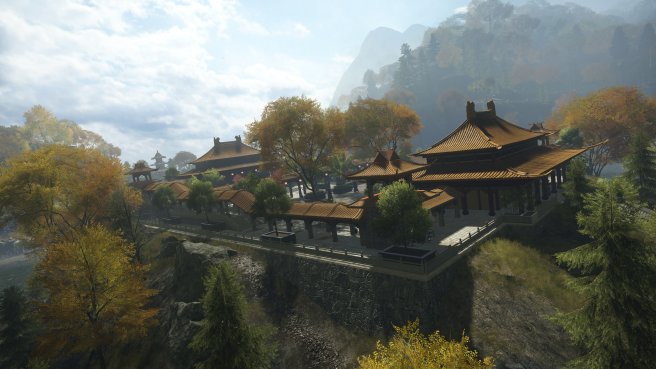 Nearly every part of the map was upgraded and enhanced. Here’s a look at how we changed each element to make it feel more modern:

Chinese Base/Factory Area. The original map features a Conquest Assault layout. This means that all flags where owned by the Chinese team at the start of round, and the US had a start that couldn’t be captured (the carrier). In Dragon Valley 2015, regular conquest rules apply, so the map is initially neutral, which also makes the Chinese base a non-capture area.

Power Plant/Dam Area [E]. In the original map, the power plant and dam was kind of tiny in stature. The new version features a full sized dam and dam-facility area. This flag regularly features fights between US-infantry and Chinese armor, so bring your AT launcher!

Hill Village [D]. The tiny collection of houses has become a full village over several levels of terrain. It’s a very destructible area – which makes it a perfect place to ambush Chinese tanks to stop them from getting to the center of the map.

Wood Yard [F]. The wood yard still spawns a powerful vehicle like the original, making this flag a must-have for insurgent US troops wishing to confine the Chinese to their base. 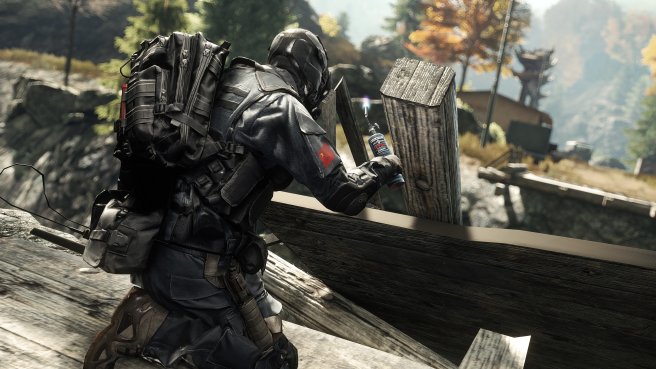 The Island Flags [G/H]. The island is now significantly taller and larger. Both the Hilltop Pavilion [G] and the Temple [H] feature the most infantry-friendly areas of the map, full of hiding places and cover.

The Market [C]. This area now acts more as a counterpoint to the wood yard, featuring a powerful land vehicle and an infantry-friendly close quarters area.

The Pagoda [B]. This is very similar to the original, but featuring a significantly larger pagoda structure and better coverage.

The River Village [A]. This area no longer contains a gas station – instead, it shows the beginnings of a militarization effort from the Chinese.

Bridges, Waterways, and the Pipeline. Some of the original water crossings to the central island have been removed to focus land and armor access to the two bridges and the single water crossing towards the East. The smaller bridge from the Island to the west now also limits water traffic when destroyed, making this bridge key to control the west side of the map. 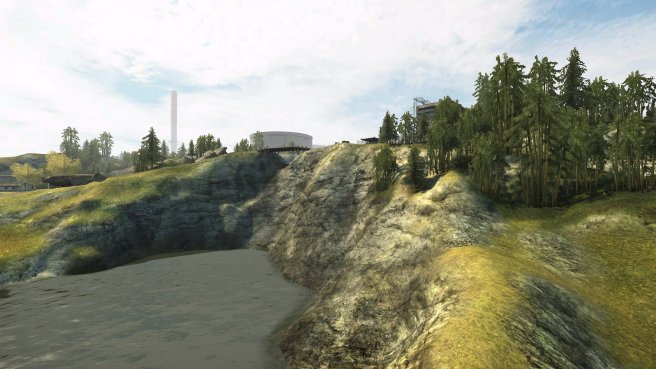 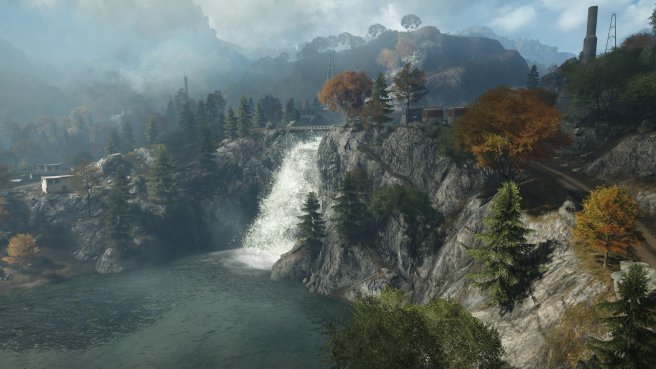 The BF2 iconic pipeline has been converted to a subterranean system, meaning there are no massive pipeline traversing the map. There are several reasons for this change, but the major one is draw distance. Running on the pipeline used to be about flanking the enemy, which in the current version, would be almost impossible.

We hope you are excited to see Dragon Valley 2015 firsthand when it releases soon.

*REQUIRES BATTLEFIELD 4 FULL GAME ON APPLICABLE PLATFORM. EXCEPT AS EXPRESSLY CREDITED, NO WEAPON, VEHICLE OR GEAR MANUFACTURER IS AFFILIATED WITH OR HAS SPONSORED OR ENDORSED THIS GAME.