When you load up Battlefield™ Hardline: Robbery*, you’re going to find a slew of toys to play with, including new weapons, gadgets, and vehicles.

While Battlefield Hardline: Criminal Activity’s story focused on small time crime jobs, this expansion is all about the big score. The weapons and gadgets included are great for all of the maps and modes you’re used to, but even better for the new Squad Heist game mode. There are also some new tools for the Operator class, making it easier to support your team with heals and suppression. 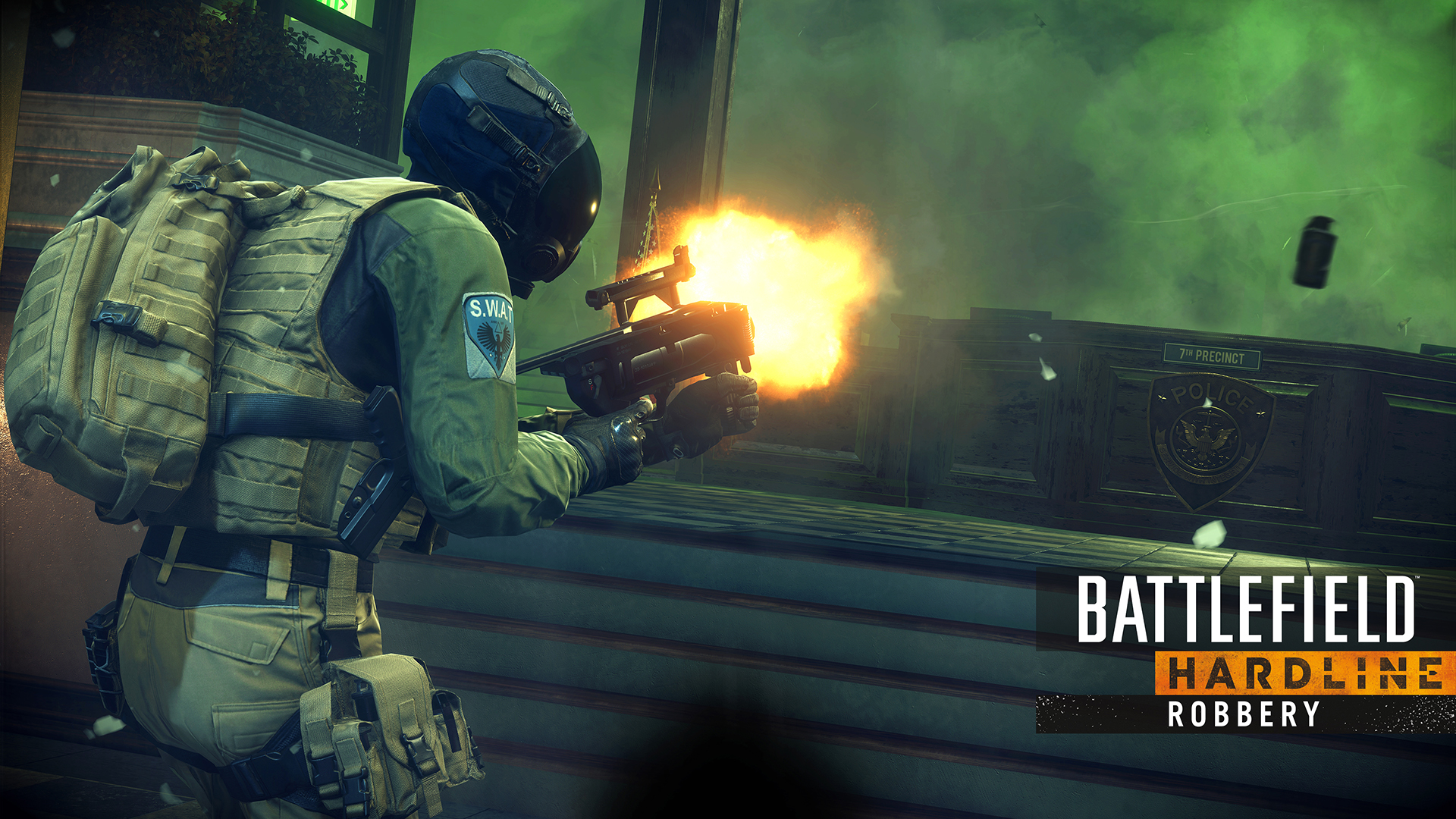 The CS GAS Launcher is for cop and criminal Operators, and has the ability to launch CS Gas as a projectile. This gas has the same effect as the gas grenade, but with the launcher, it can be shot further (and it takes up a Gadget slot, instead of a Grenade slot). Its primary use is to suppress an area full of enemies – it causes double damage and blurred vision to any one not wearing a gas mask or in a vehicle that can prevent the affect.

It’s a classic heist movie scene – you jump in a car and look at your allies, riddled with bullets. Wouldn’t it be great if you could just… heal ‘em? This Operator passive ability lets you do just that. It’s similar to a First Aid Pack, but only for passengers in a vehicle with the Operator. This is great for any vehicle-focused modes, especially Hotwire.

A new Assault Rifle with a sci-fi look is showing up for the criminal’s Operator class. This new bullpup rifle is great at medium range and will be a favorite addition to any criminal’s arsenal. It fires a classic NATO round that is 5.56mm x 45mm that provides great accuracy and damage. This rifle will help the criminals get their loot and send those pesky cops running.

A cutting edge Assault Rifle just landed in the arsenal of the cop’s Operator class. This new bullpup rifle can lay down the law and send the criminals packing. This rifle fires a 7.62mm x 39mm round that will stop any criminal is their tracks. It has a good amount of recoil, but the stopping power makes up for it.

Another New Assault Rifle for the Criminal’s Operator Class

This classic Assault Rifle for the criminal Operator class fires a 7.62mm x 39mm cartridge – this give it a lot of recoil, so the rate for fire has been slowed. However, this bad boy has a fifty round drum mag, which provides a sizeable amount of lead the criminals can put down range. 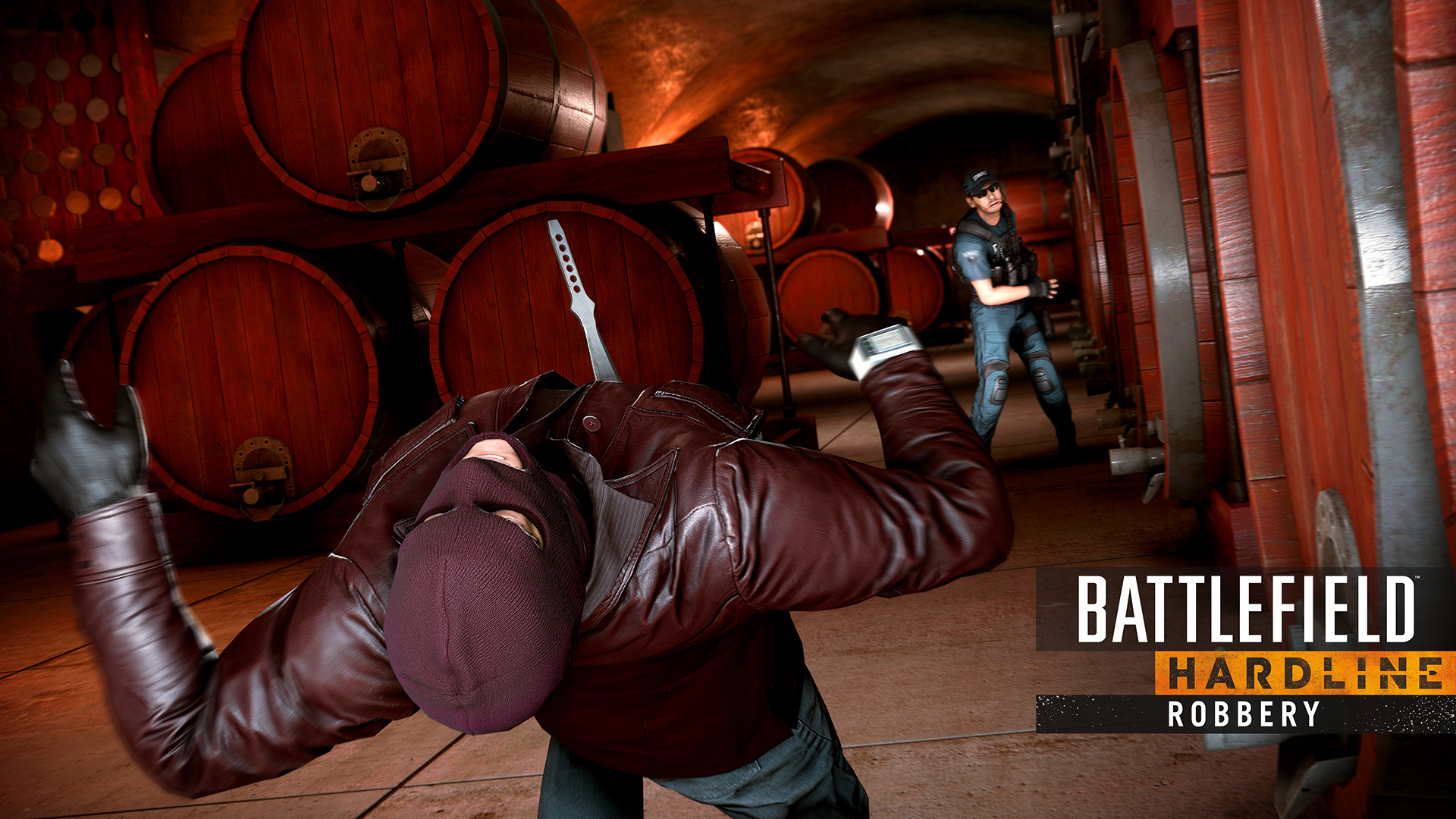 This deadly projectile uses the grenade slot on the user’s kit, but it’s a good trade-off. The Throwing Knife can eliminate an enemy quickly and quietly. This balanced blade has limited range, but has deadly results. It’s a one-hit-kill, no matter where it lands, so try sneaking up and getting close to your target before letting it fly.

For when you absolutely, positively need to drive off-road, these new Pickup Trucks in Robbery will give you the horsepower to do just that. Each faction gets its own, from the rough and tumble criminal model (complete with a roll cage) to the more traditional cop version (decked out with the flashing lights you’d expect from a police vehicle), the Faction Pickup Trucks have plenty of room for you and your buddies. 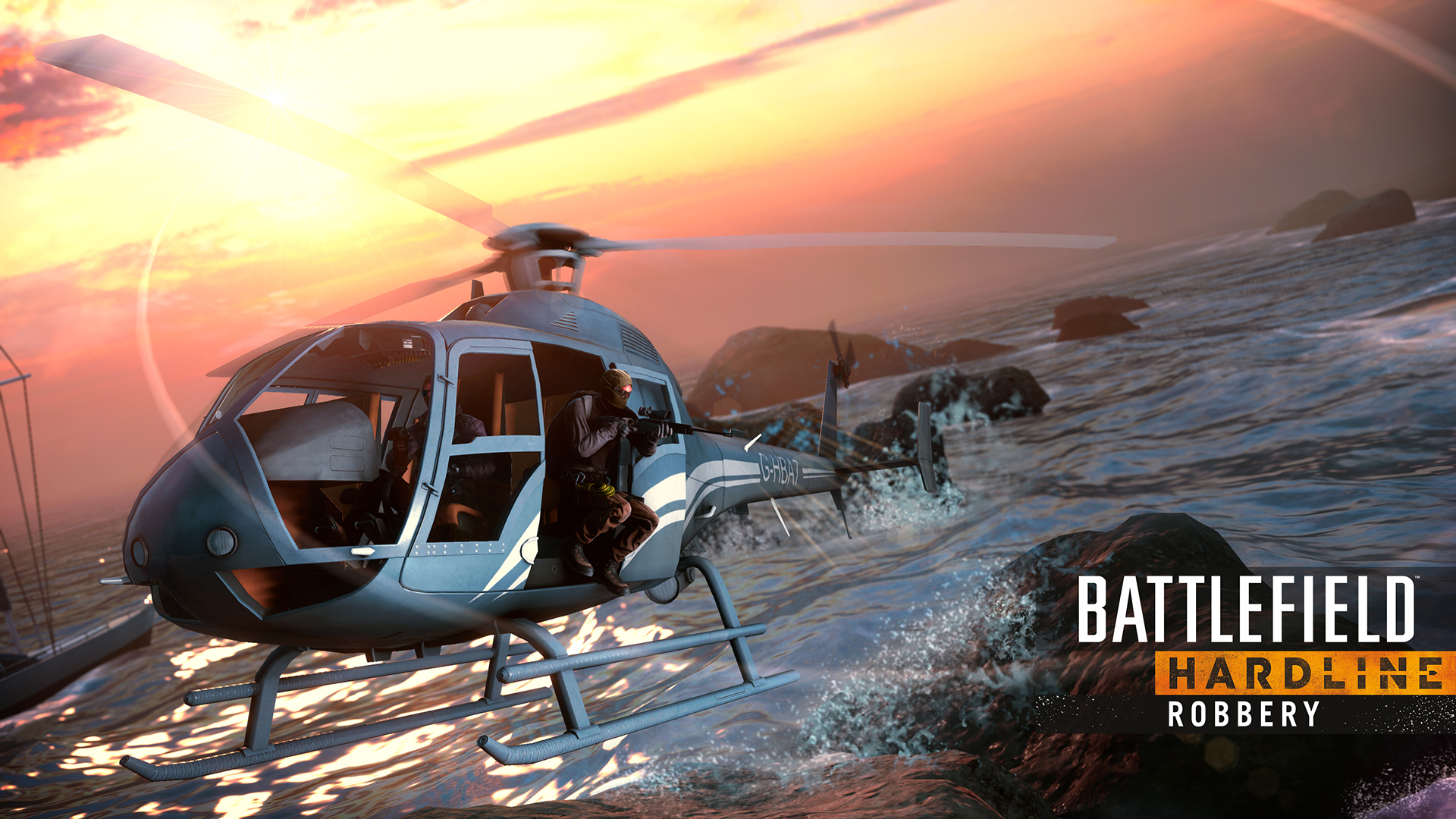 Getting from point A to point B has never been more convenient, especially if point B is the top of a building. The Scout Helicopter may not have any guns, but the doors are more than large enough to let your buddies hang outside with their own weapons and rain down hell from above.

Learn how to get a 2-week head start with Battlefield Hardline: Robbery.