A new server update rolled out last week for consoles and this morning for PC. Changes include the ability to tailor Gun Master mode to your liking. PC players have also received the latest game client update today. Full details below. 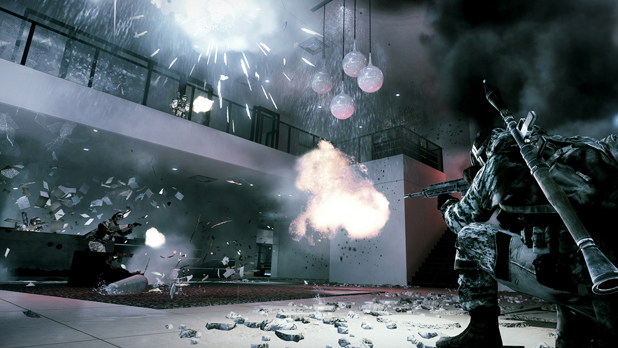 We’ve seen a lot of interesting discussions in the community on which order you want the weapons to appear in Gun Master mode – Now we are giving server admins the choice to decide between six different presets, each bringing a twist to this popular game mode in Close Quarters and Aftermath. The available weapon progressions are: Normal (default), Normal Reversed, Light Weight, Heavy Gear, Pistols Only, Snipers Heaven, US Arms Race, RU Arms Race and EU Arms Race.

Normal Reversed reverses the gun order but keeps the knife as the ending of the match. Light Weight is for players who love to play with PDW’s for a really fast paced round. Heavy Gear was added for the Assault and Support players out there wanting to only play with their favorite weapons – and to add a big bang we introduced the C4 just before the final knife kill requirement! Pistols Only is added for the pistol lovers, which also results in a bit of a slower paced version of Gun Master than the other lists. Snipers Heaven is for the skilled snipers out there wanting to prove their aim going from slow to medium paced games, ending with the new crossbow weapon that we’re bringing in from our latest expansion pack Aftermath. US Arms Race, RU Arms Race, and EU Arms Race all have unique weapon progressions focused only on weapons manufactured in each respective region.

We hope you will enjoy these new Gun Master options. Let us know what you think in the comments below!

2) NEW QUICK MATCH FUNCTIONALITY
It is now possible to Quick Match into Hardcore and Infantry Only servers on PC.

3) <4 PLAYERS = PREROUND
Servers where the number of players drop below 4 will go back to a pre-round state. Note that you will not lose any progression because of this – the current round will end, but a Battle Report will be sent as normal before the server goes into the pre-round state.

4) M-COM DISARM EXPLOIT FIXED
We now limit the number of times you can get scores for arming and disarming M-COM stations to 6 times per 180 seconds. This is to prevent people from taking turns on arming/disarming the M-COM stations to artificially boost their stats.

Matchmaking – How does it work?
There has been some confusion as to how our Quick Match matchmaking system works. We’ll try to clear that up below.

For your server to receive players from the Quick Match matchmaking system it needs to fulfill these requirements:

1) The server max player count must not differentiate more than 25% from any preferred game mode player count in your rotation. For example: A server that has Conquest Large (64 players) and Tank Superiority (24 players) in the same rotation cannot fulfill this requirement and will therefore not receive players from the Quick Match matchmaking system.

2) You need to be running the Normal preset on a console server and Normal, Hardcore or Infantry only on PC servers.

PC players can check if their server will receive matchmaking traffic with the RCON command: serverinfo (the last Boolean tells you whether it’s enabled or not). In addition to being match-makeable, your server will also need to have at least one player joined for the matchmaking system to send any Quick Matching players to it.

PC client update live
Today, we also rolled out the latest game update for PC. This is the same game update that console players received last week, featuring a number of tweaks and fixes. You can see the full change list in this earlier News post.