The world is on the brink of chaos, China is the tinderbox and you and your squad are the inadvertent spark that could ignite a global conflict. This is Battlefield 4. As Sergeant Daniel Recker, you play as a member of an elite group of unlikely heroes known as Tombstone squad, navigating the turmoil around you as you fight to save the final hope for peace.

In Battlefield 4, you take on the role of Sergeant Daniel Recker, member of an elite group of soldiers known as Tombstone squad. While on a mission to collect intelligence from a defecting Russian General in Baku, Azerbaijan, your squad is discovered and you must fight your way through waves of Russian troops in order to escape. Upon getting back to the USS Valkyrie, a Wasp class carrier, the intelligence you’ve retrieved confirms previous suspicions. The Chinese Admiral Chang is planning a coup in China, and if this happens, the Russians would back him up.

With this intel secure, the USS Valkyrie sets a course for Shanghai. You and Tombstone squad are sent on a covert mission into the city to extract a group of VIP’s. China is in uproar after the U.S. has been implicated in the assassination of Jin Jié, the future leader and voice for peace in China. Admiral Chang has canceled elections and martial law has been declared. As U.S. and Russian naval forces position themselves off the coast of China, and the situation quickly escalates into a stare down akin to a tinderbox waiting for a spark.

In Shanghai, protestors clash with police as the streets are filled with chaos and turmoil. Tombstone manages to find the VIP’s, among them a CIA field operative known as Laszlo W. Kovic. With him is a mysterious individual that the Chinese military has been franticly searching for. Together with Kovic you fight your way out of Shanghai and back to the Valkyrie as countless civilians flee the city, many of which are brought aboard the Valkyrie as refugees. With communications dead, the Valkyrie sets course for Singapore to rendezvous with the USS Titan and the 7th US carrier group at their last known position. As you reach Singapore you are shocked to find a horrific scene of fire and mayhem. The flagship is sunk and its fleet is eradicated, and from this point on nothing is certain.

Are you Prepared 4 Battle?

Also, check out high-rez renders of Tombstone squads, who you’ll be fighting alongside. Powered by Frostbite 3! 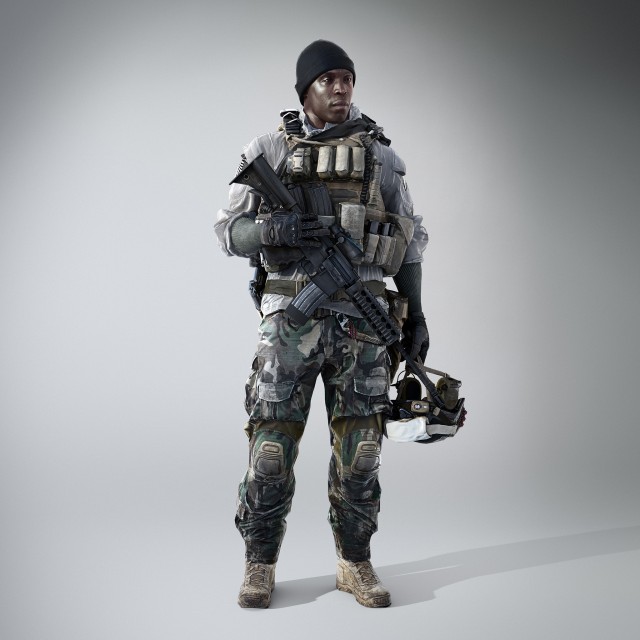 The clash of the world’s superpowers is only the beginning – Pre-order Battlefield 4 today.