We at DICE are committed to improving the overall Battlefield 4 multiplayer experience for our players. Some issues, commonly referenced in conjunction to “netcode” are preventing Battlefield 4 from performing optimally for everyone, and with this post we would like to explain what we are doing to address these problems.

Fixing the commonly nicknamed “netcode issues” – problems ranging between faulty networking latency compensation and glitches in the gameplay simulation itself – is one of the top priorities for DICE. We’d like to take a moment to discuss how we are addressing these issues, as this is a very hot topic for many of our fans.

We are working on fixing glitches in your immediate interactions with the game world: the way you move and shoot, the feedback when you’re hit, and the way other players’ actions are shown on your screen.

The game receives updates from the game server and displays these to the player using a system called latency compensation – this system makes sure players move around naturally on your screen when network updates arrive. We have found and fixed several issues with latency compensation, and thereby decreased the impressions of “one hit kills” in the game.

We have also fixed several issues that could lead to rubber banding, and we are working on fixing several more. Below you’ll find a detailed list of the issues we are focusing on, or have already adjusted in-game. We hope this gives you more insight into the “netcode” issues and we will continue to keep you updated on top issues. 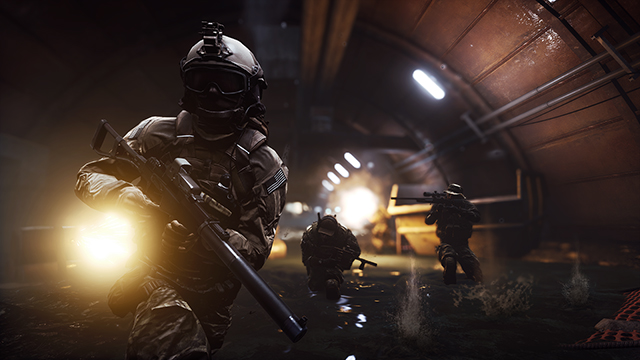 What we are Fixing or Investigating

Rubber banding
We have made several server optimizations that have decreased rubber banding for some players. To further address the issue, there are upcoming fixes for packet loss and a customize screen bug, both connected to the rubber banding issue. Furthermore, we will continue to collect data to pinpoint exactly when and why rubber banding is occurring.

Kill camera delay / Player death sync
On some occasions, the kill camera would trigger before the game client displayed the last portion of damage being dealt, giving players the impression that they died too early. There were also issues with blood effects, damage indicators, and the health bar in the HUD being out of sync. A fix for this will be included in the next game update.

Tickrate
Players have been asking whether the tickrate – how often the server will update the game world – in Battlefield 4 will be higher in the future. Though we haven’t got any immediate plans to increase the tickrate at this moment, we are exploring the possibilities of raising the tickrate on specific servers.

No registered damage
We are aware of the bug where players have been firing at their opponent and not doing damage. In the February 13 game update for PC, we added a piece of code that enables us to specifically track instances where this would occur. We are currently looking at when this issue is triggered, and what causes it. The data that we receive will help us to further improve the firefights in the future.

Instant death while sprinting
At certain occasions while walking or sprinting, a player could get catapulted at high speed which would cause death if any object was standing in the way. This was caused by a mathematical error in the character physics code, and we have a fix prepared for an upcoming patch.

Various Items
In addition to these items, there are also fixes coming for issues with Levolution being out of sync, shots appearing to be fired in the wrong direction, and vehicles outside the infantry area not taking damage when fired at. Also, we have introduced new in-game icons that will help you, and us, to troubleshoot network related problems that could cause an inconsistent multiplayer experience.

Network Troubleshooting Icons
With the January 30-31 game updates, we’ve introduced two new icons to the Battlefield 4 HUD (head-up display). These were added to the game as a way for us, and the players, to more easily troubleshoot common network-related issues that may have negative effects on the multiplayer experience.

The first icon, seen at the top in the shape of a clock, indicates that your connection to the server is lagging. There can be several reasons for this. For example, it could mean that someone else is using your connection while you are playing, but it could also mean that there is a network problem that occurred somewhere between you and the server. The effect of such lag is that it will take a bit longer for you to see what is happening in the game world. If this icon is frequently blinking, you might want to try a different server or see if you can decrease the load on your Internet connection.

The second icon, at the bottom, shows four squares that indicate packet loss. When you see this icon, your connection to the server is experiencing lost packets, which means that information is failing to reach its destination, either when your game client sends it to the server or when the server sends the information to you. Please keep in mind that packets always get lost on the Internet and that you should not be alarmed if you’re seeing this icon blinking once or twice. If you have a large amount of packet loss and see the icon often, you will probably experience game “hiccups” sometimes – action will stop for a moment, then speed ahead to catch up. 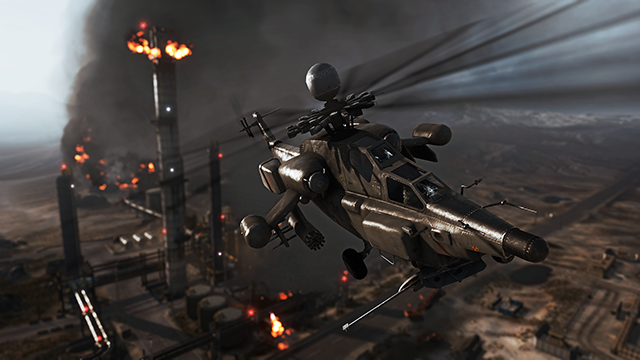 What we have Fixed

Kill card shows 0 health
Kill card sometimes incorrectly displays 0 health, despite the enemy being alive. This could happen when a portion of damage dealt was rejected by the server, since the bullets that caused it were fired after the point of death for the firing player – the kill card would show the health as predicted by your game client, rather than the health confirmed by the server. An improvement that decreased the rate at which this happens went live for PC on Feb 13, and will be included in the next game update for all the platforms.

Broken collision
We have fixed instances of broken collision that made it impossible for players to shoot past broken objects, such as the collapsed chimney on Zavod 311.

Hit impact sounds
Impact sounds did not match the number of bullet impacts, causing players to feel that they died too quickly.  An improvement to this went live for PC on February 13, and will be included in the next update for all the other platforms. The cooldown time for letting bullet hits trigger the sound has been decreased considerably, so players will now hear every bullet that hits them.

Headshot icon
We have re-introduced the headshot icon to help players understand when they get killed by a headshot, something that usually results in an instant death. The headshot icon went live in the January 30-31 game update for all platforms.

We want to assure you that we are constantly investigating, or already in the process of updating, all these items and several more that you’ve had concerns with – and that we will continue to do so with your help. Please continue to send us your feedback, and thank you for your continued support.

Remember to visit the Battlefield 4 Control Room regularly for all intel on game updates.